This post is the beginning of a series of posts about my journey to becoming a software developer. I love hearing stories about how people got to where they are now, so I figure it’s only fair that I share my own.

This part of the story covers my early childhood with a focus on the Accelerated Reader program, which was my first non-gaming use of a computer. This experience still stands out as one of my favorite examples of gamification. However, it also highlights how quickly something can turn from fun to not fun when biting off more than you can chew.

I was born in Edmonton Alberta, though my family quickly moved to the slightly warmer climate of Vancouver, British Columbia. A few more years later, my family followed my dad (also an author here) down to Burbank, California where he worked in the film industry. This is where my journey begins, starting elementary school in a new country.

In 2nd grade I found myself on the Jay Leno show for a Thanksgiving special. I’m still proud of my 2nd grade self for my answer to his question “Where do turkeys come from?” (if you guessed my response was “Turkey” you are correct).

This easily could have been the turning point where I became a famous actor. Thankfully, that was not what fate had in store for me. 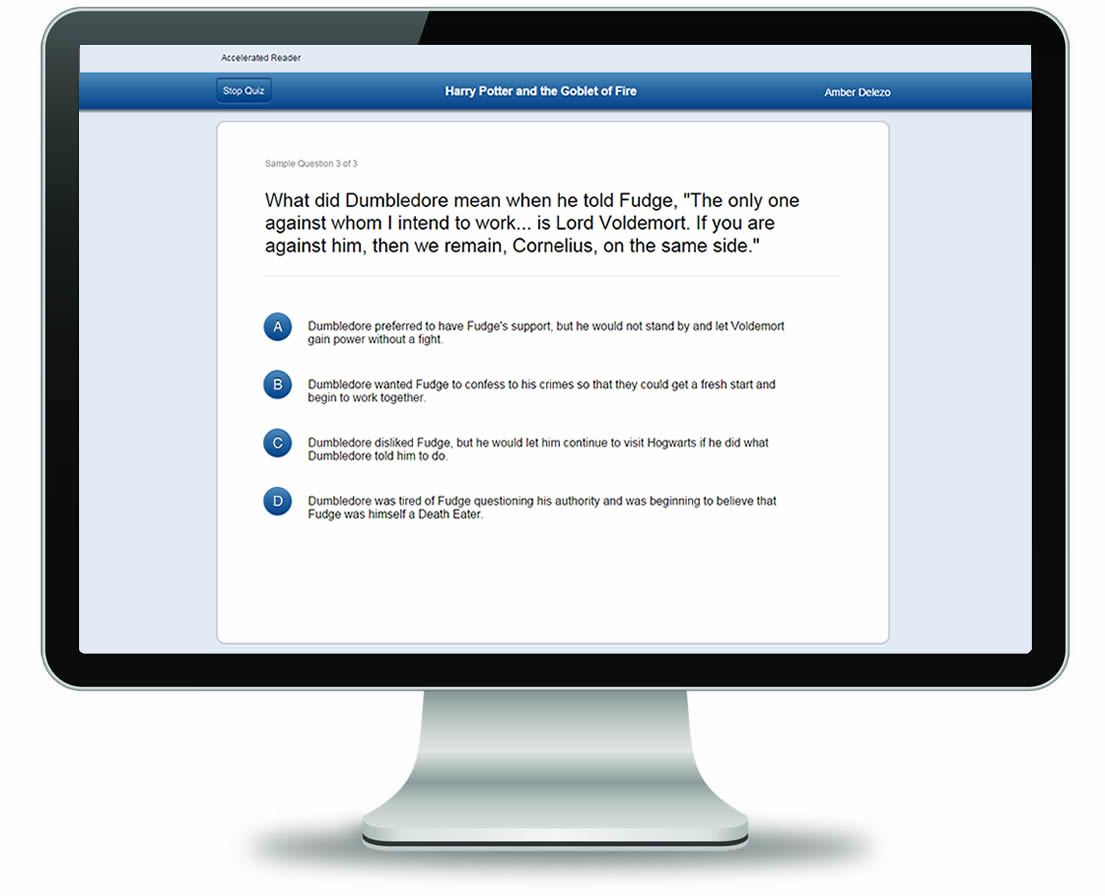 Accelerated Reader (I think this is the current version of it) was a rewards program that encouraged kids to read. I’m not sure when this software was first introduced, but it seemed like a relatively new program at the school I was at.

Already an avid gamer, this gamification instantly hooked me. After reading a book, I would log on to the computer in the libary and take a quiz to test whether I actually read the book. Getting enough questions right awarded me the points for the book.

At different point thresholds I was awarded new things. A pencil, stickers, an eraser. These were fun, but what I remember more is a leaderboard. I could see where I ranked compared to other students across my class. I believe this ended up becoming the biggest motivator for me. 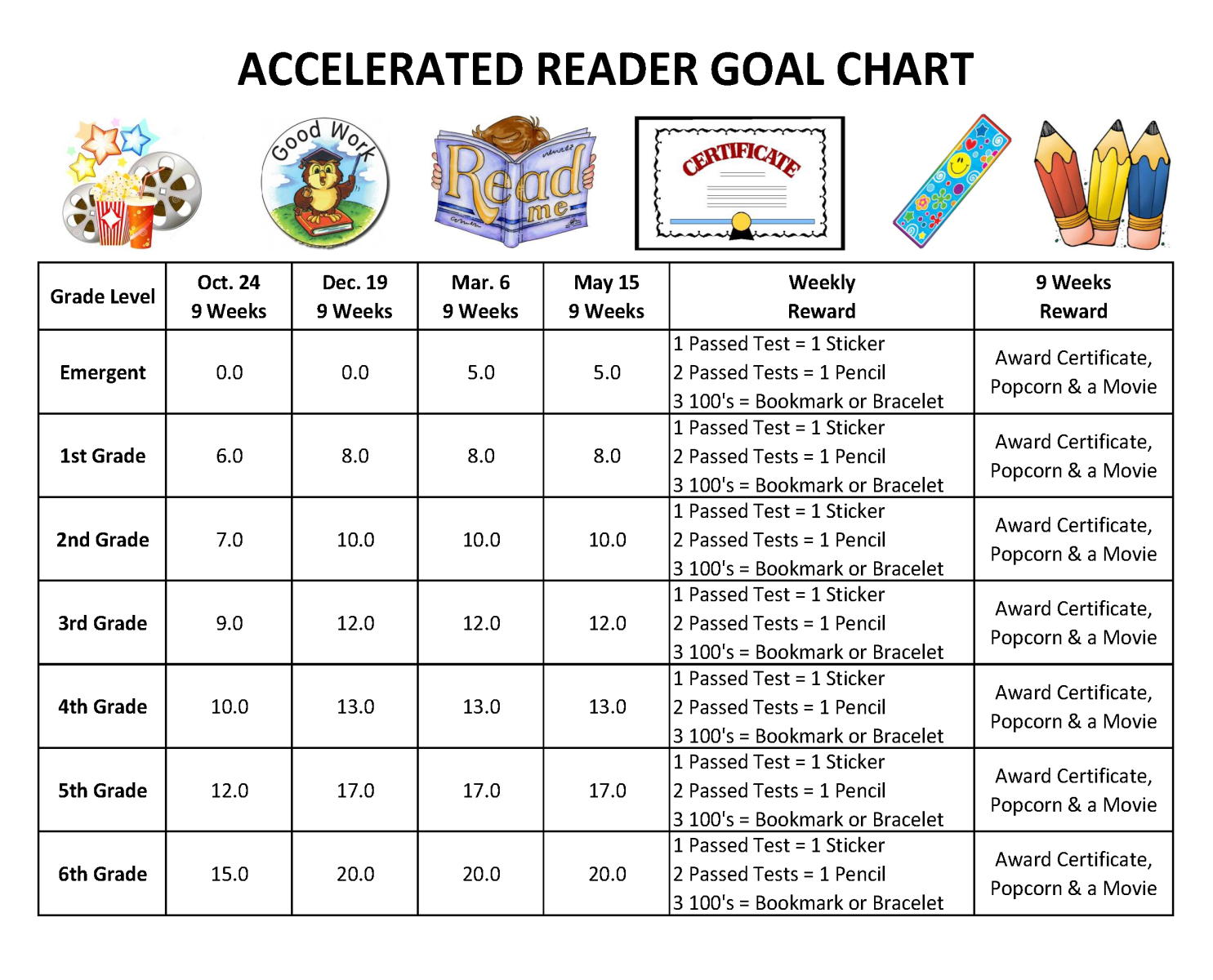 Not my actual rewards program, but similar concept

It’s difficult to remember how many books I was actually reading (or even which books), but I eventually reached the top award that they had planned for. Eventually at different thresholds they would just invite me to their room of goodies and say that I could pick anything I wanted.

The more I read, the more I figured out how to game the system. Non-fiction books were considered “more valuable” because they contained real information, and I guess most people preferred to read fiction. But as soon as I found the point to page ratio for non-fiction was hirer I honed in my book selection in that direction.

I must have exhausted the selection of non-fiction books (or got bored of this tactic) because I eventually saught out a new challenge. I logged into the system one day and sorted by most points for a book. I can’t recall a single book I’ve read during this multi-year reading binge, but I still remember the book at the top of that list: “Uncle Tom’s Cabin”.

According to this site, Uncle Tom’s Cabin is 384 pages long, rated for grades 9 and above, and a whopping 32 Accelerated Reader points. This was 4 grade levels above what I was “supposed” to be reading as a 5th grader. The challenge was too alluring though. I’m pretty sure I had to ask my mom to buy the book because our elementary school library didn’t bother holding a copy of a book no one was ever going to read.

It still pains me to reflect on what happened next. I failed. I was riding high on all of my Accelerated Reader points, but I hit a total wall with Uncle Tom’s Cabin. Maybe a chapter or two in I couldn’t make it any further. I didn’t understand what the book was about and it was incredibly unenjoyable.

I employed a technique that I had learned earlier where you simply take the quiz with the book nearby as a reference. There were usually only 10 or so questions, so it was usually possible to pass without having fully read a book. Whether I got the points or not on this one didn’t matter. I was ashamed of myself and told myself I wasn’t a good reader.

My memory is fuzzy, but I don’t remember paying much attention to reading or scoring points after this failure. I continued to read for classes and for leisure, but I lost my drive to be the best reader I could be.

Reflections From the Other Side

Without the help of the Accelerated Reader program, I don’t think I would be nearly as successful as I’ve been. Without realizing it, I was quickly accelerating the pace at which I could consume books. Even though I took my foot off the accelerator towards the end, I still had the benefits of what was likely an above average reading speed.

Higher reading speed and comprehension led to reading becoming a more enjoyable experience, ultimately reinforcing the activity as something I enjoy doing. The “hack” to focus on non-fiction books ended up being additionally helpful. I have remained much more interested in reading non-fiction, which makes it a lot easier to pick up (and complete) self-help or software development books.

Reading has had compounding returns over my life so far. It would be hard to quantify, but I believe that strong reading comprehension would also be linked with high code comprehension abilities.

My final thought in this realm is computer literacy should have at least equal value as language literacy. This appears to be well understood from the school curriculum side of things (at least in Canada). However, I would urge those already out of K-12 to recognize the importance of these skills and put in the effort to learn them.

This doesn’t have to mean a career change. I’m not a professional reader because I know how to read. Simply having a functional understanding of it is enough to help you out.